So close, so far

So close, so far Group Exhibition 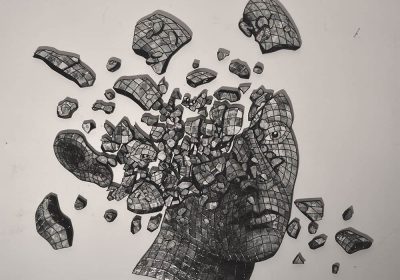 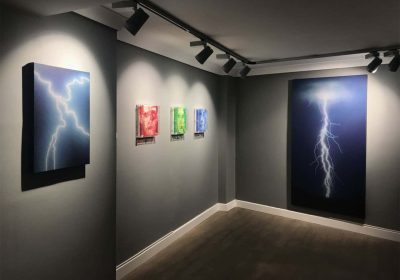 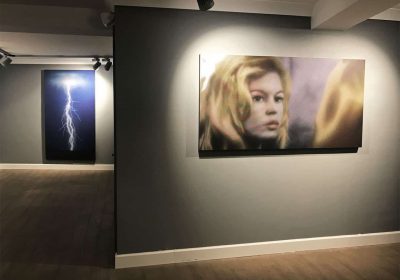 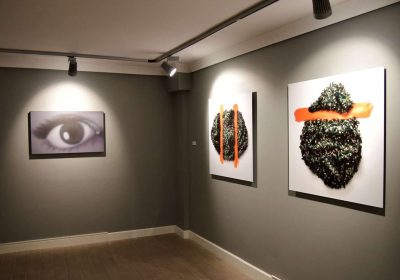 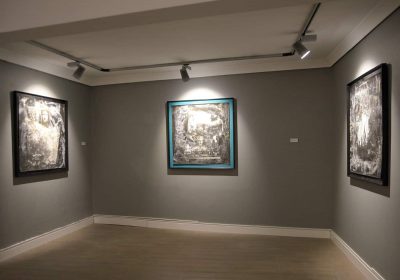 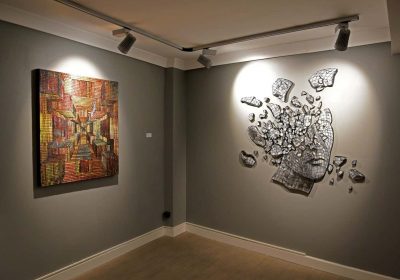 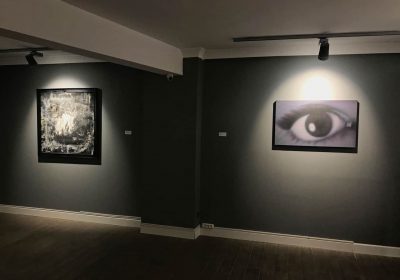 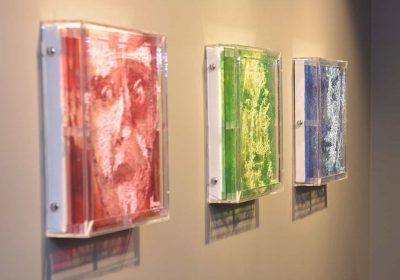 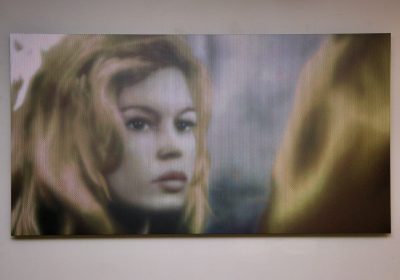 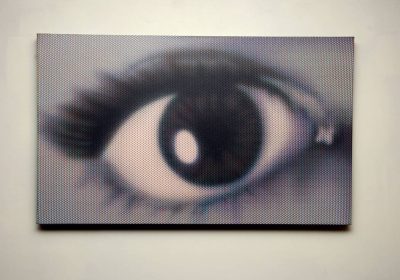 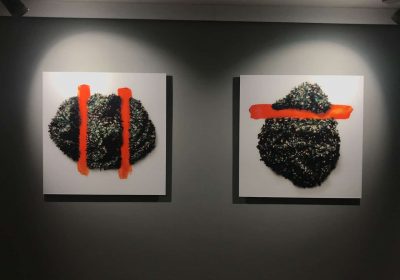 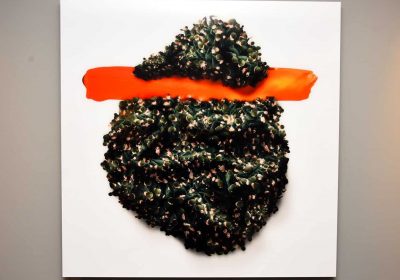 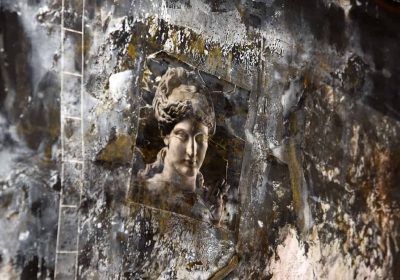 Aria Art Gallery is pleased to present the collective exhibition “So close, so far”, featuring the artworks of Cristiano Pintaldi, Maurizio Sapia, Andrea Guastavino, Monika Bulanda, Neveser Özenbaş, opening on Tuesday 16th of April 2019. How many times has it happened to see things from just one point of view, a limited vision of existence, closed and trapped behind a lens, without having the courage to explore the new meanings of a wider picture?
The collective exhibition “So close, so far” examines the importance of looking and seeing from different aspects of reality, creating new understandings that only a careful viewer can catch and appreciate. From afar, one can see and admire the entire picture, like a landscape seen in all its majesty and complexity. Going closer and deeper, one can observe and discover the details and secrets that the image contains, like the bark of trees or the light streaming through the leaves.

The artists selected have developed a personal technique which has them leaping between the world of the abstract and the figurative, a representation of the microcosm and the macrocosm realized with different media but aiming at the same concept of these indivisible dualities. The exhibition will accompany the visitor on a journey where space becomes an opportunity to get lost in the details of the artworks and time is expanded by the perception of the viewer.
The exhibition will lead the visitor to discover that “near” and “far” are two sides of the same coin. Though sometimes foreign and distant, both play equally meaningful parts in the realization of that one side is not enough.

Cristiano Pintaldi first began painting in 1991 using only the three primary colours: red, green and blue, on a black background, placed together in the same way in which the pixels are arranged to give life to picture on the television screen. Pintaldi’s pictorial research is based on the reconstruction of visual space obtained through a procedure similar to that of video imaging. His artworks are in fact paintings according to the scrambled logic that is typical of electronic images, where the elementary units of information displayed on the screen are the pixels, with dots of red, green and blue colour. The pixels that Pintaldi reproduces on the canvas are painted by hand and he represents a new type of vision stimulated by virtual reality, often more present and pervasive than the “real”, with the aim of highlighting that digital image is not infinite as the “real,” but reducible to the pixel.

Maurizio Sapia’s technique is unique and different from most photographic artists. He uses himself as a model and also mixes drawing with photography. He takes thousands of photos while moving and then gathers each of them together in one image, representing the story of a life that has no borders. The photographs almost look like a painting from far away. However, as the viewer gets closer, it is possible to see a moving man.

Andrea Guastavino examines the chemical memory of the imaginary, offering visions of a surreal reality. There is an alchemical approach to his photography, that involves oxidation during the developing process and different contaminations of objects that float over the artworks. He is researching the visible and invisible, the fullness and emptiness, exploring new ways to represent an image, through something that never is but it has always been. The pieces selected for this exhibition are satellite images, small windows on an unknown, yet very familiar, place. The fields and houses seen from above, look like pixels of an ever more technological world, melted and dissolved by painted layers of memories.
Monika Bulanda creates her artworks with an accurate and detailed collage of newspapers, magazines or lenticular prints that change colour and shape while moving them. She cuts and assembles them on wood panels or a canvas, designed especially for the image that she is representing. For this exhibition, she has realized two new pieces: two fragmented faces that carry all the weight of humanity represented by the multiple pieces of recent newspapers. The use of paint is also very particular in her works, just a bold black line of acrylic that underlines the figures and give them depth and tri-dimensionality.

Neveser Özenbaş has focused her artistic research on the modern views of society: the busy city life that affects all individuals. She paints mostly human figures, portraits or people grouped together in various postures and expressing how politics and different cultures are involved in every person’s life. Neveser paints on layers of plexiglass, which are then superimposed upon each other, leaving a small amount of space in between, a technique that thanks to the transparency of the support used, reveals new interpretations to the viewer as they move towards the piece. 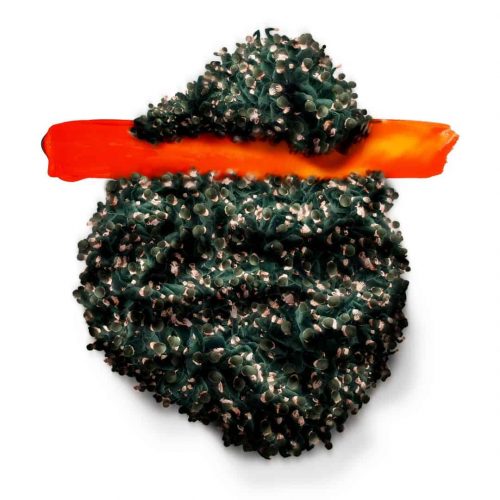 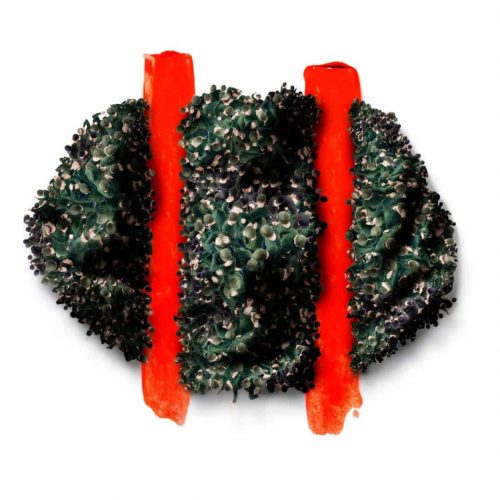 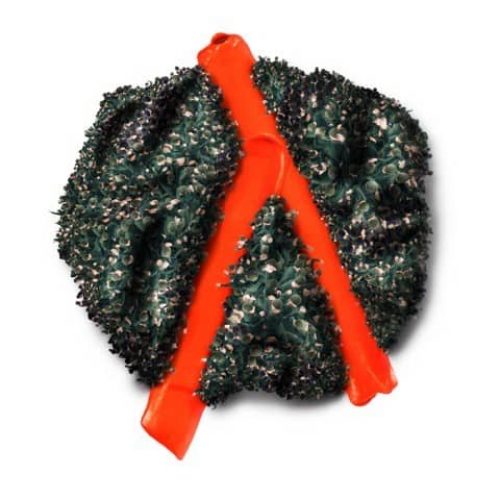 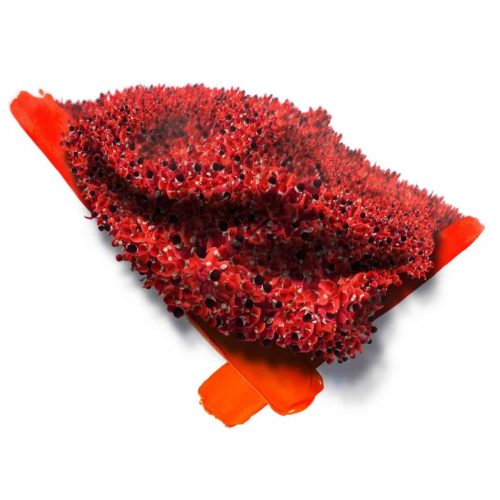 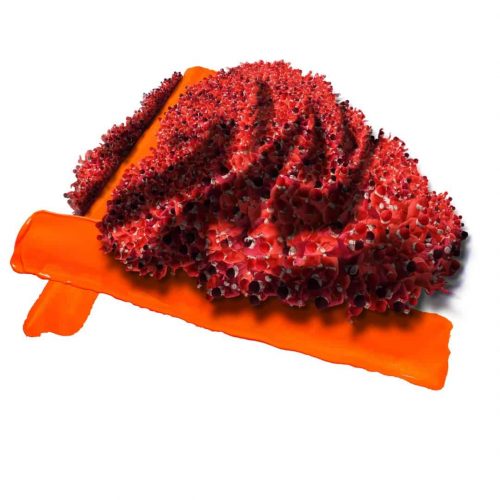 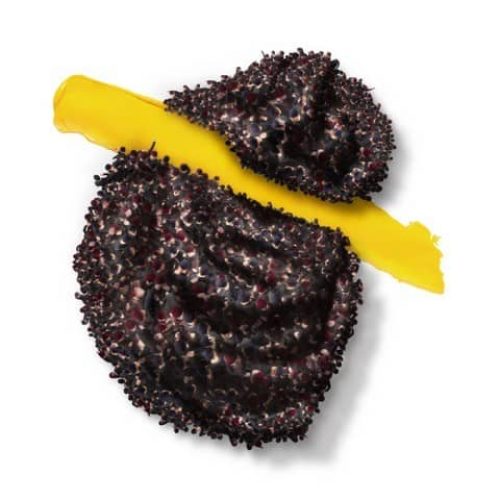 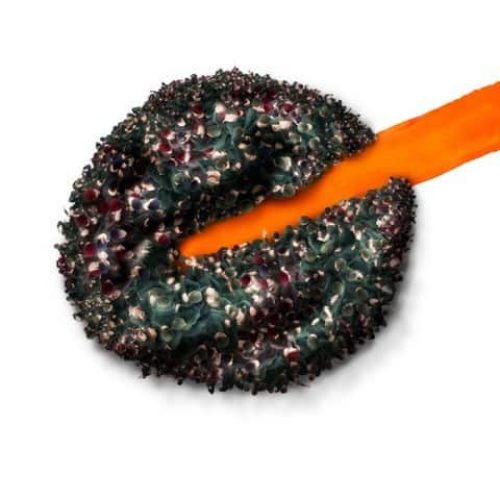 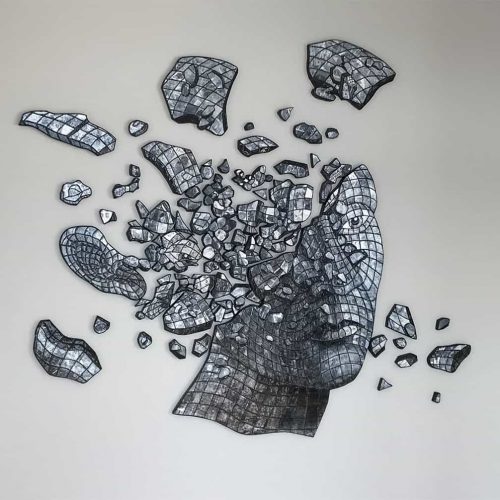 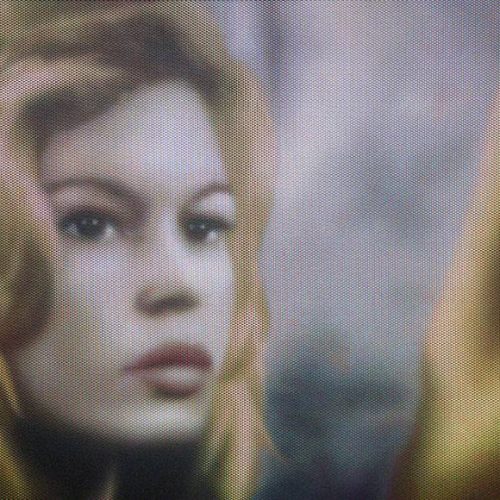 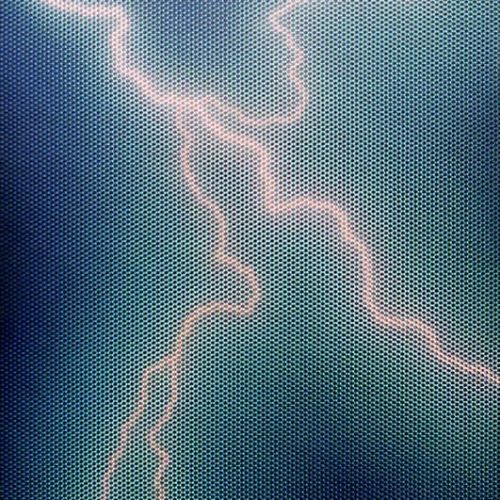 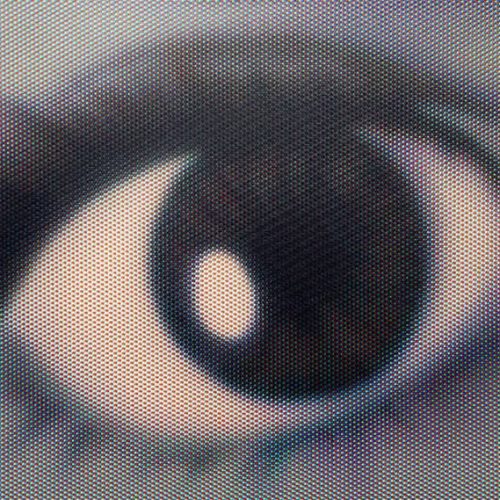 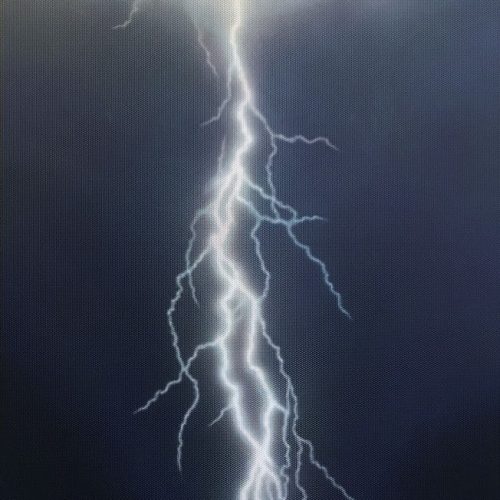