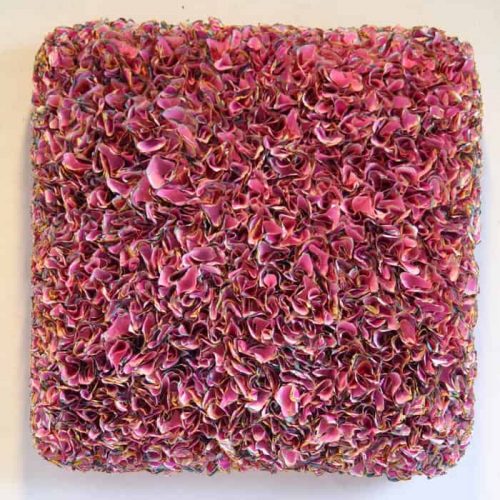 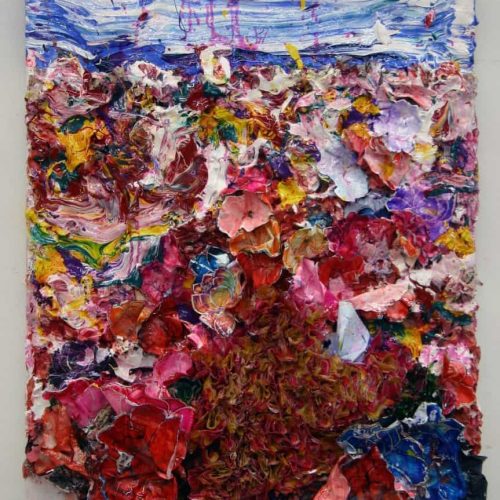 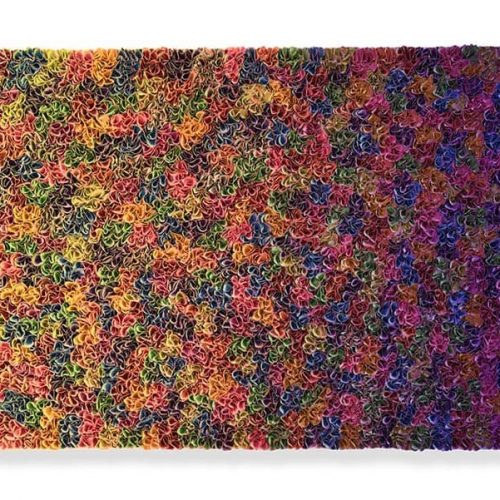 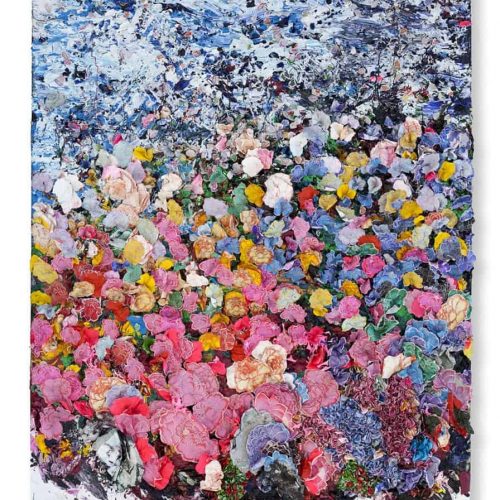 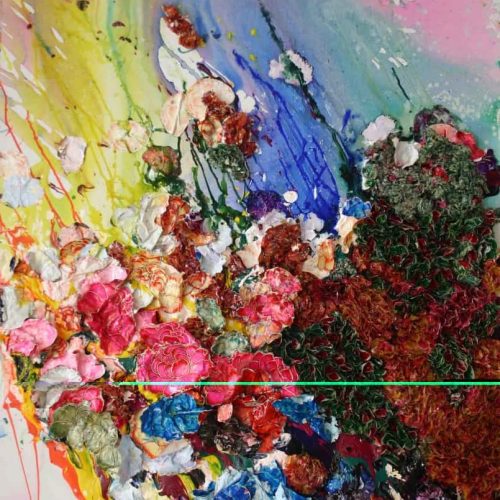 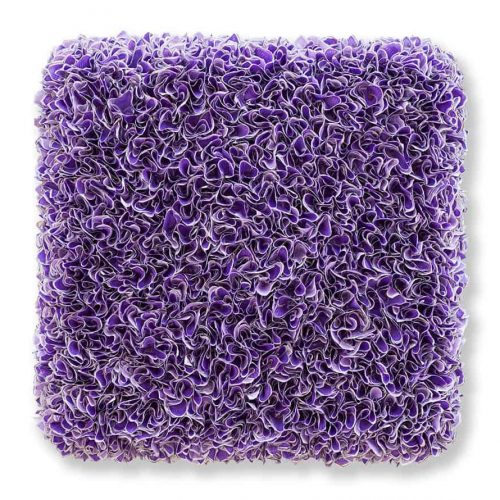 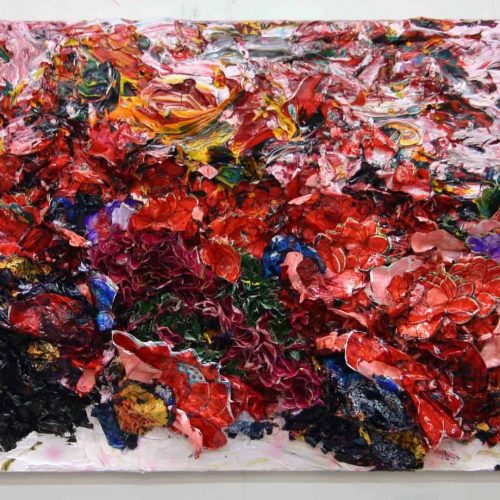 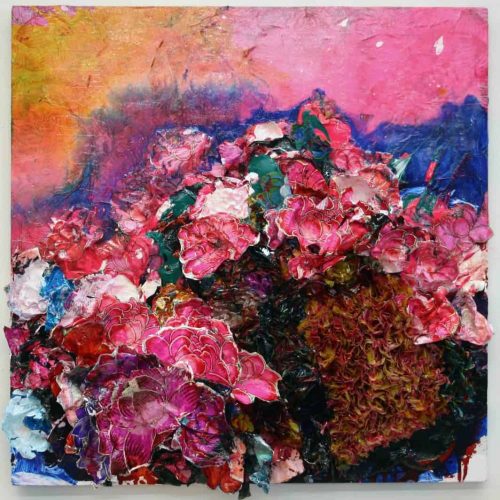 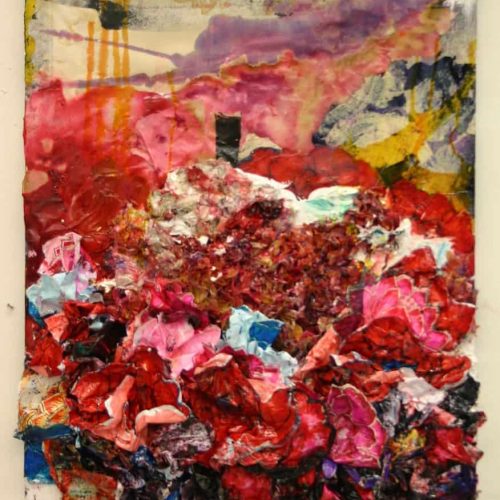 Hua Gallery in collaboration with Aria Art Gallery is proud to introduce the new work of Zhuang Hong Yi, author of importance internationally recognized, whose footsteps in the artistic world originate from a fusion of yin and yang material, recalling the Chinese tradition but with a spirit of modern western aesthetics.

Zhuang Hong Yi is a contemporary artist that represents the beauty and the elegance to a high-level of perfection. In his style it can recognize the characteristics of his Chinese cultural background, elegantly combined with a strong Western charm as a result of a Chinese education at the Sichuan Fine Art Institute, combining his international experience since 1992, when he moved to Holland at the Minerva Academy of Visual Arts, where he settled with his wife Luluo, also an artist. He has undertaken his run after his studies during China post Maoist, in which strong signs of change were found, even if the society continued to be inserted between hope and fear, tradition and modernity, where the artistic education could not divert of very from the traditional rules of the academy. Zhuang was strongly attracted by the western world, where it pursued an international independent career to express more possible independently, turning to Europe where contemporary art was more interesting and authentic in comparison to China, where, though it may seem strange, buyers were looking for more traditional necessities and for this reason traditional products were more “commercial”.

Therefore, what desired to find in Europe was not a new ideology but rather the mental freedom to produce works according to his pure expressive energy, to build a career based on the traditions of his native country, now modulated with colors and materials, analyzing the space that separated form and content; as a visual artist, he is convinced that the aesthetic power is the most powerful, relying on the belief that the expressiveness of the images begins with their being enticing.

After living many years in Europe, Zhuang has not weakened his ties with China. In fact, he still has his studio in Beijing, where he goes a couple of times a year to work immersed in his native culture; Chinese folk art, its materials and how it is used, serve as an inexhaustible source of inspiration for new ideas.

Zhuang’s paintings are often characterized by an astonishing and surprising blend of bright colors and are made of mysterious layers of images. All his work is attractive and seductive, his paintings become almost sculptures thanks to their three-dimensionality and reflect his desire to evoke in the spectator a magnetism between tangible and delicate floral forms, made one by one with rice paper, through vibrant colors that are dynamically mixed between texture and gloss. Renewal and tradition can thus go hand in hand, in a dialogue between traditional canons and contemporary conceptualism. 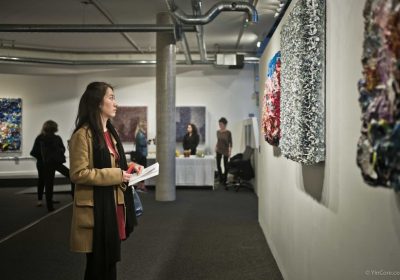 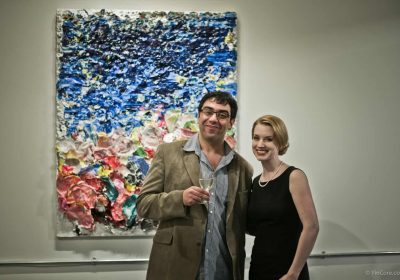 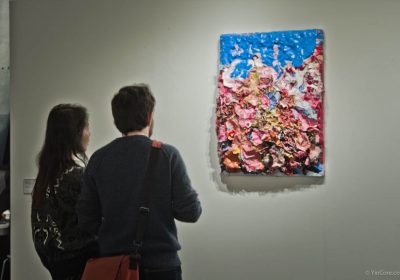 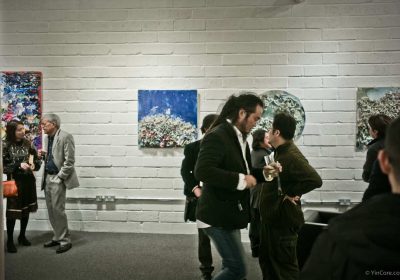 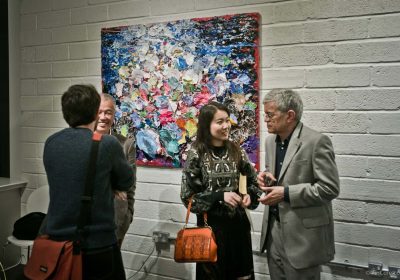 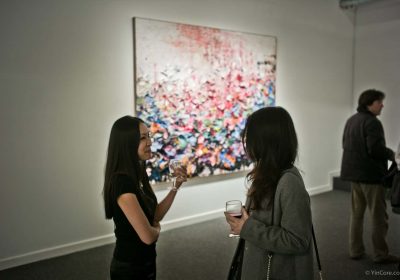 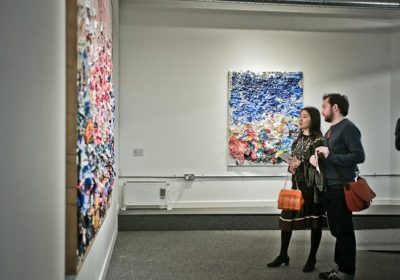