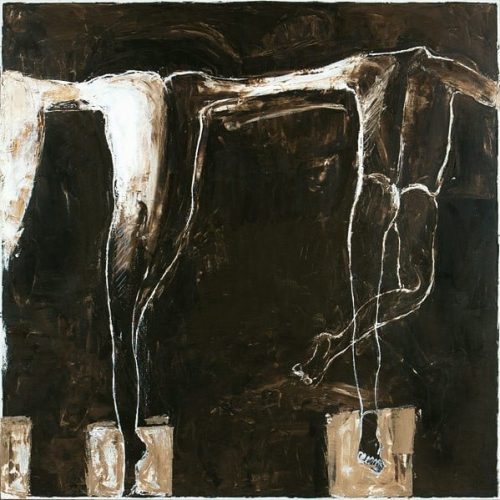 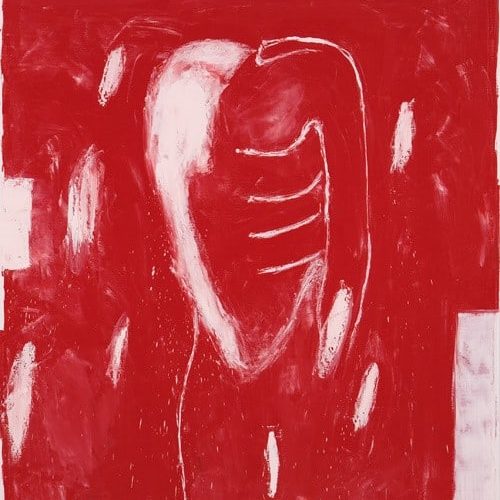 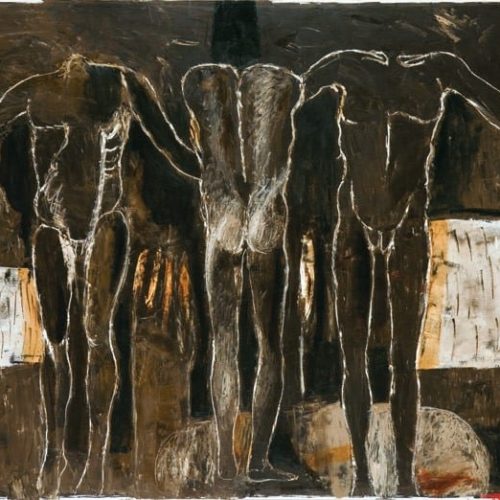 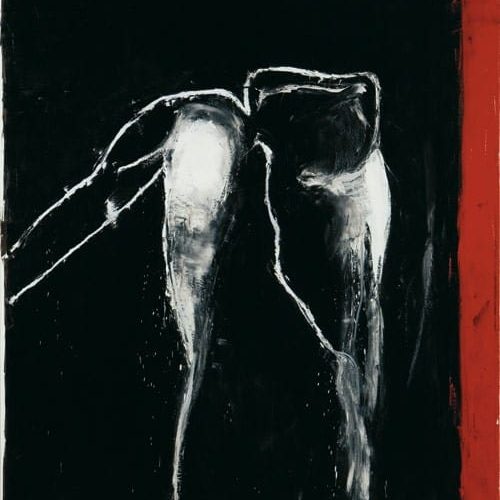 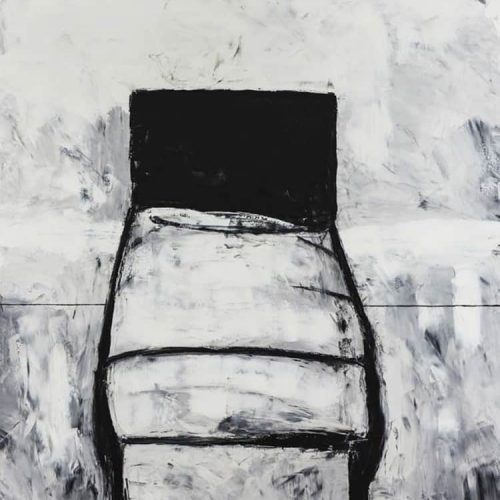 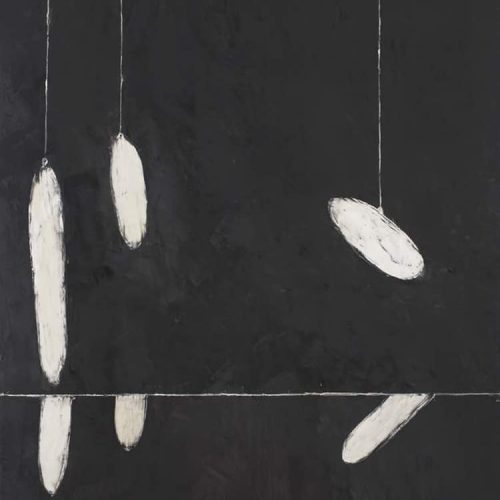 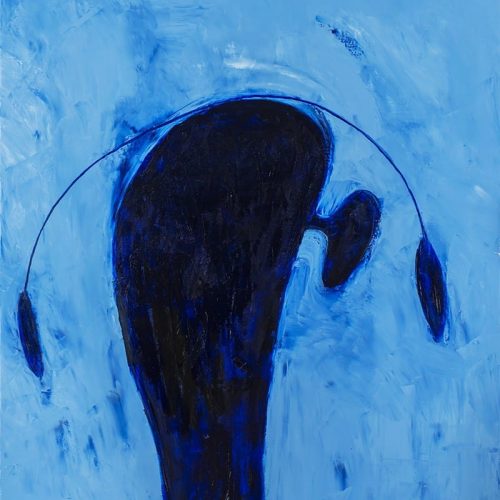 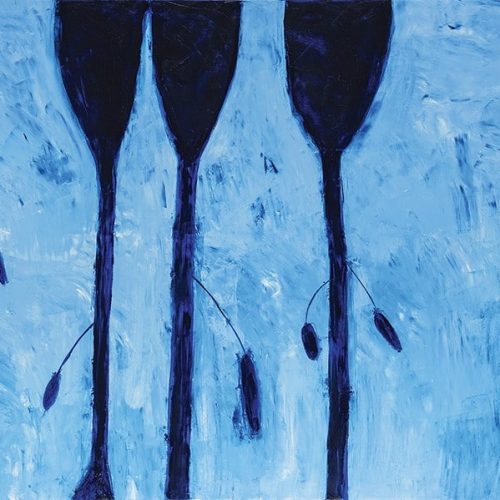 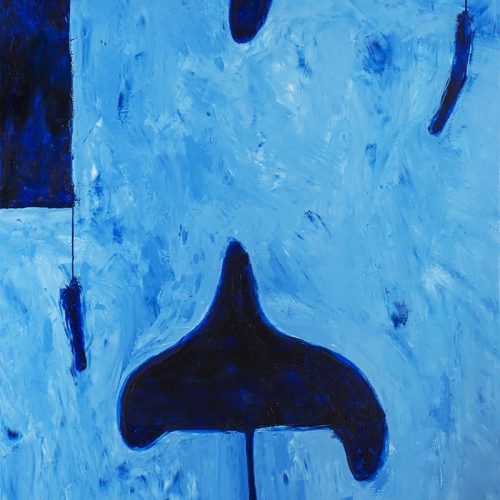 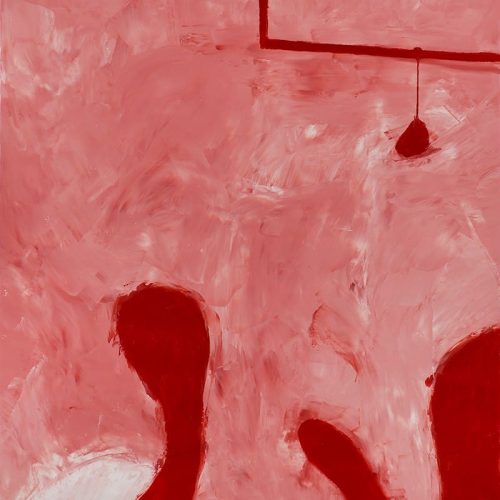 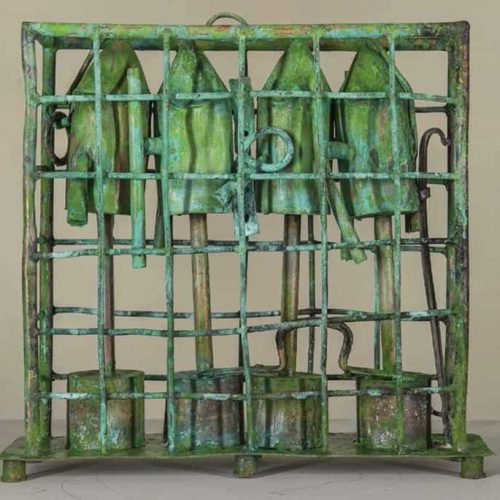 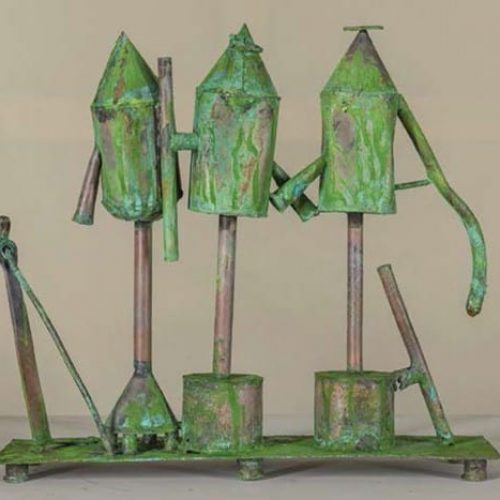 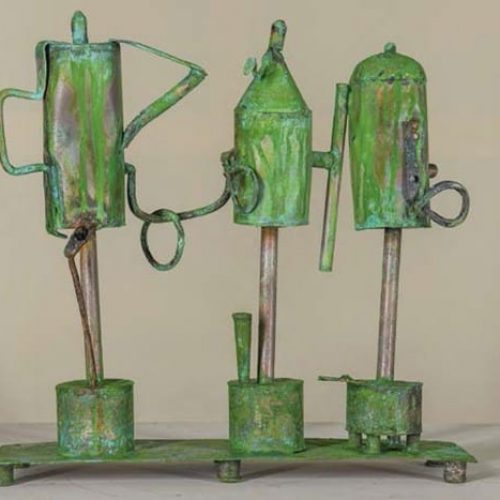 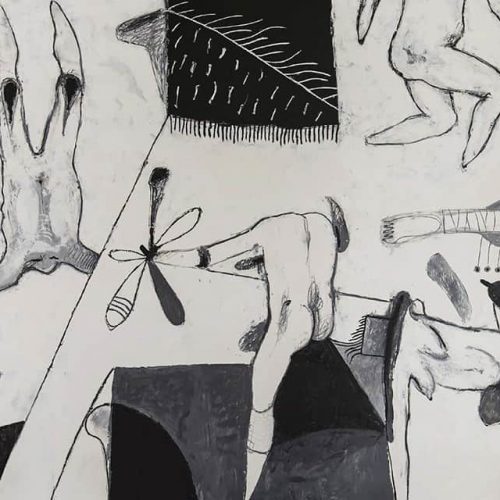 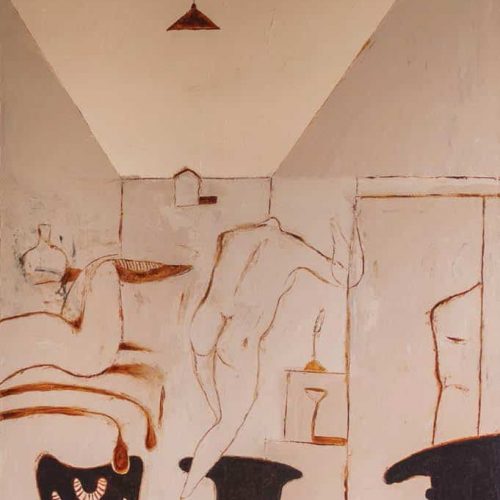 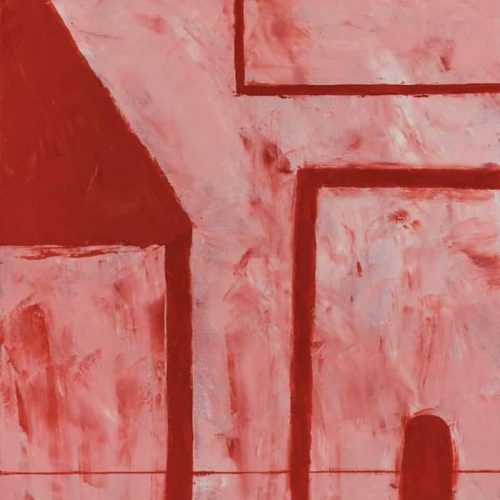 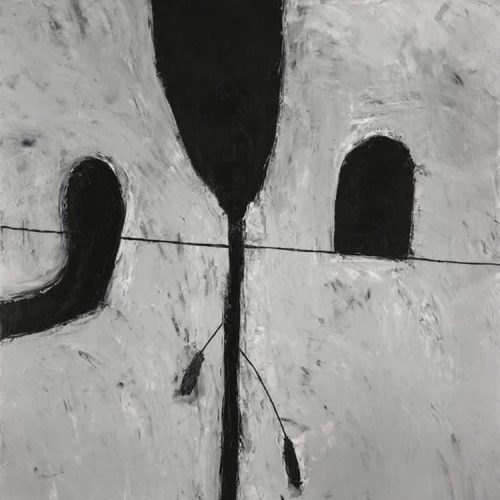 Pietro Lista was born in Castiglione del Lago in 1941.

He moved with his family to Salerno in 1954.That year he has experienced the flood in Salerno and helped to rescue the victims from the mud. Surrounded with teared and decomposed bodies which have become one with the ruins in the magmatic confusion, he experienced something that as a wound has marked his life and reflected in his art.
He moved to Naples with his aunt Elena, the twin of his mother, to attend an Arts High School. Every Sunday young Pietro had the possibility to immerse in the damp cavity of the Baroque churches. Here, among the shadows of the ancient rituality and figures of suffering holiness, among the darkness of reds and the irritating purple of the furnishings, forms his fundamental and visceral unconscious which will be typical of his paintings.
In the beginning of the 1960s his mature sensitivity intersecting with the dripping technique, known thanks to his teacher Mario Colucci, and with the informal experimentation, brought him to the deformation of the human figure and to its subsequent dismemberment.
In terms of relationships, he strengthened his cooperation with Marcello Rumma, the collector and intellectual and his fervent supporter. He collaborated with three Amalfi exhibitions “Arte Povera” and in 1968 he realizes the exhibition “Arte Povera + Azioni Povere” curated by Germano Celant, an action executed at night “Light in the sand” (“Luce nella sabbia”). In the same period, he perfected the knowledge about materials and their linguistic qualities belonging to the motives of Networks (Reti), Cielitudini, Cages (Gabbie) and Light containers (Contenitori di luce).

In the beginning of the 1970s he worked in Germany with Mary Bauermeister where he received the notice of the premature death of Marcello Rumma. Upon his return to Ital, he established a gallery “Taide per” to continue his friend Marcello’s idea to promote culture.
The years of intense work and gallery activities, to which was also linked a publishing house which printed “Taide, materiali minimi” and a journal “Fuorisacco”, became a focal point for the meeting of artists and intellectuals like Achille Bonito Oliva, Filiberto Menna, Edoardo Sanguineti, Angelo Trimarco and others.
Linked to the activity of cultural promotion, Lista developed research focusing on the topic of “Clouds” and the “Morandine” intended as a tribute to Giorgio Morandi’s art. The latter represents one of the constants in his painting in parallel with his “Acephal and armless figures”.
The sculpture “Mnemata” located in the gardens of the University of Salerno, the installation “The sculptures of the flood” (“Le sculture del diluvio”) and the large-scale statues of “Crucifix” (“Crocifisso”) signify the painful feeling of the human being. To use the words that Rubina Giorgi dedicate to him: “In passion and vision, in sobriety and in delirium, in grace and excess”.
Living in Fasciano he relied on this town “La colonna nera” from which the rusty spermatic carcasses of a deep imaginary, macerated for a long time, seem to emerge.

In 1993 in Paestum he founded the Museo Materiali Minimi d’Arte Contemporanea (MMMAC), Gillo Dorfles is the putative father of this museum. That meant that the expositions and the publications were to be significant with the involvement of internationally renowned artists.
Few years later, he had a solo show “Interni” of the photo material from the artist’s atelier presented by Gillo Dorfles at the Galeria 33 in Barcelona. In 2001 he presents “Interieurs’ at the Galerie Dumont 18 in Geneva.

In 2004, the Province of Salerno in collaboration with Autonomous Company of Stay and Tourism of Cava de’ Tirreni, dedicated a wide anthological exhibition hosted in the Galleria Comunale “Santa Maria del Rifugio” for his forty years anniversary of professional activity.
In 2010 he had an the exhibition “Inquisitions” (“Inquisizione”) at the Santa Sofia Church in Salerno where were presented twelve painted terracotta sculptures, ruthless and ironic portraits of the ecclesiastical power. In the same year, he showcased “Homage” at The University Museum and Art Gallery of Hong Kong.
He showed his work at the exhibition at Marte, mediateca for arts and events of Cava de’ Tirreni and in the gallery “The Apartment” in Naples with a proposal of big paintings on the theme of light and darkness with the aim of a total cancellation of the chromatic palette but also of a mature silence in the depth of the mental eye.
These are the years in which he dedicated himself intensely to the ceramics.

In 2011, he presented at the Italian Pavilion at the 54th Venice Biennale and at the celebration of the 150th anniversary of the unification of Italy. In 2014 he had a solo show “Red on white, white on red” (“Rosso su bianco, bianco su rosso”) in the Spazio Arte di Milano.
“A nomad and deserter artist – defines him Achille Bonito Oliva in an essay from 1998 – […] he entrusts to the imminence, to the foundation of a good and egalitarian surface the possibility to create the image […]. Secular artist, who doesn’t recognize to the art any guaranteed status which distinguish its difference from life”.