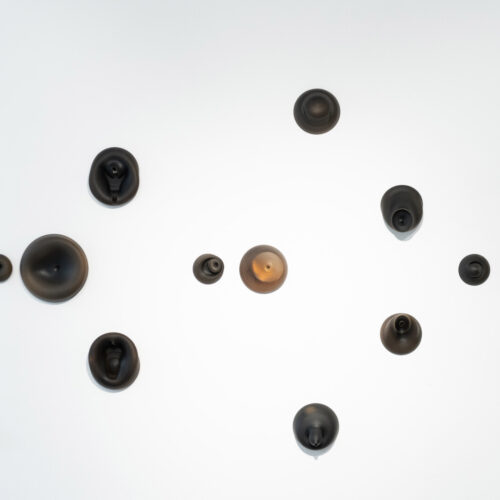 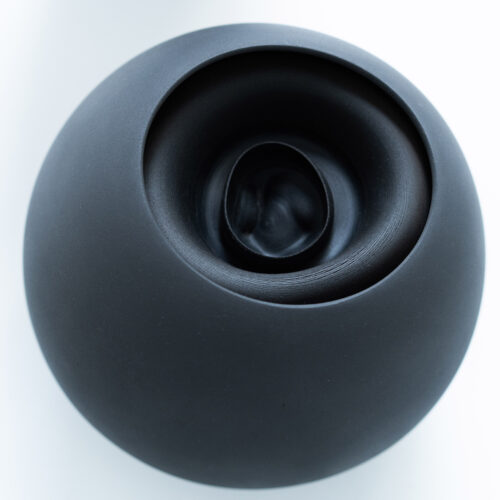 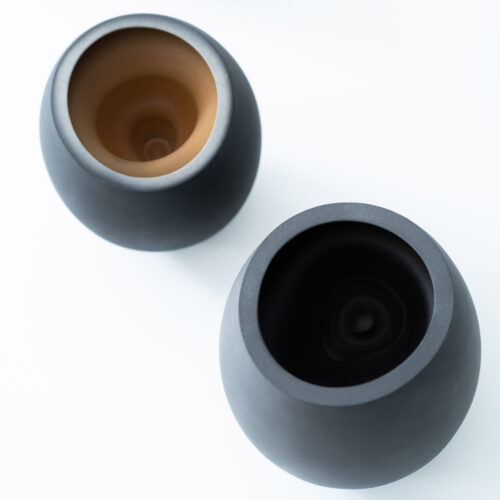 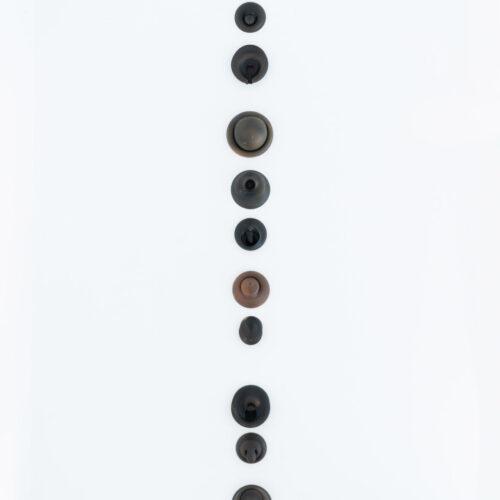 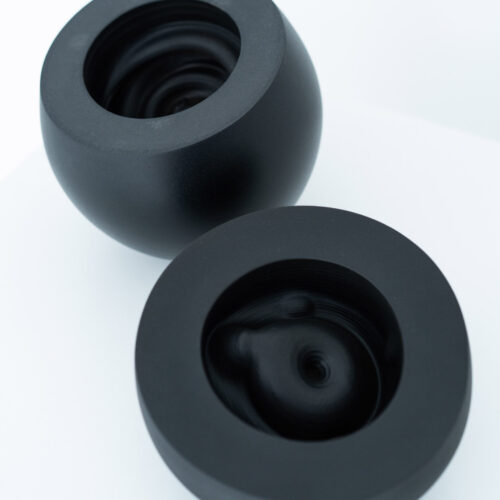 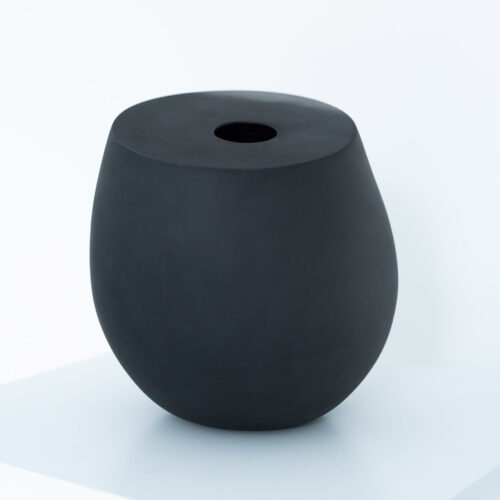 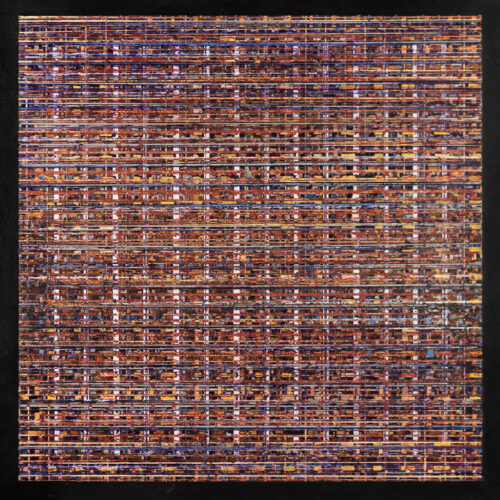 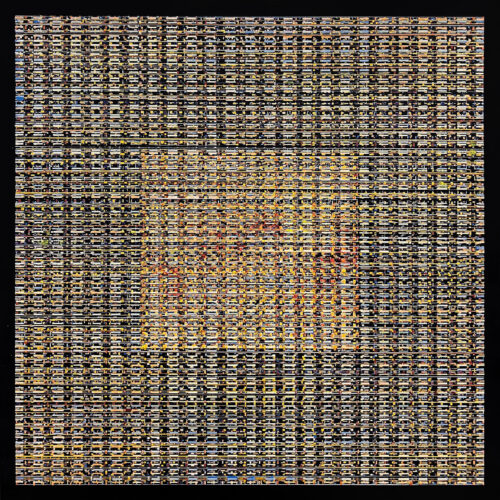 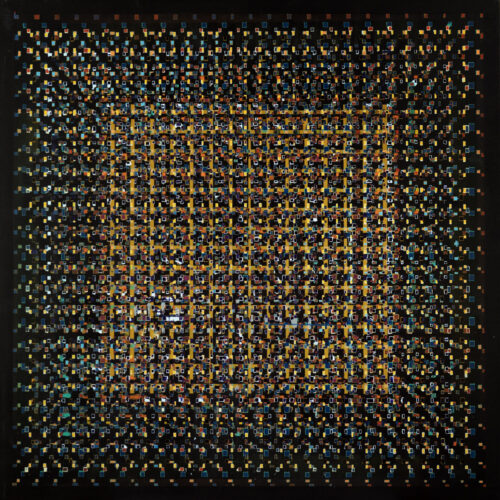 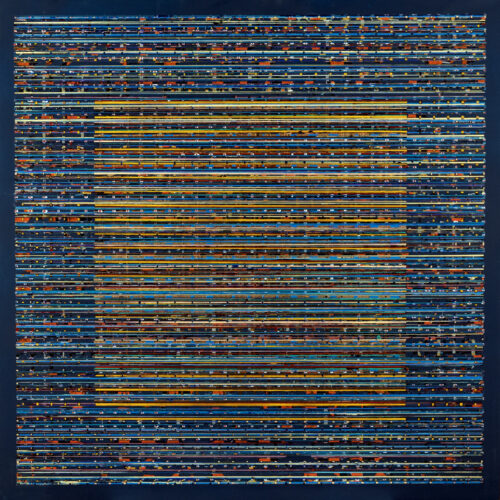 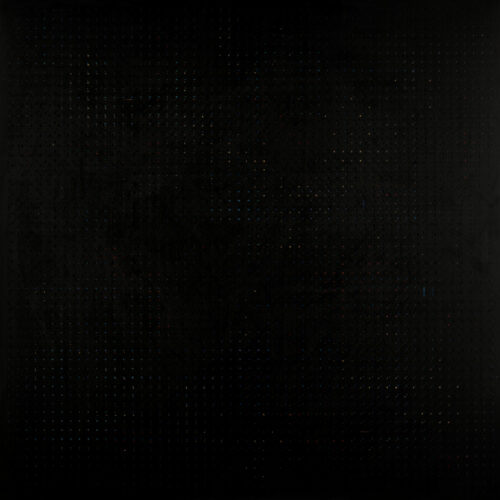 Serbia’s project Infinity of Structure, which is showcased at the 23rd International Exhibition at the Triennale di Milano theme  Unknown Unknowns. An Introduction to Mysteries , is an anthropological vision of contemporary art that aims to explore the human relationship with the unknown through the innate need to create sacred symbols.

Through various media of contemporary art, Ivan Mangov’s team made up of artists Marko Lađušić, Aleksandar Vac, Marko Todorović and Dorian Jovanović, takes us to the realm of symbols through the ornaments of Serbian medieval fresco paintings. The repeated medieval motifs, hidden in a lively rhythm of free structures, through an almost microscopic approach by the authors, overlap the present and the past – the suppressed returns, and the invisible makes its way.

Upon entering the dark exhibition space of the Serbian Pavilion, visitors will approach a 4.5 meter-high spatial monolith. As they come closer, they will discover that its structure is covered with layers of meticulously hand-painted matter. It is a complex, multi-layered work composed of 18 elements, created by painter, sculptor and multimedia artist Marko Lađušic, a densely packed symbolic system whose meanings remain open to interpretation and unarticulated. This monumental composition focuses on expanding structures – limitless mesh-systems that overlap with multiplied ornamental motifs from the Serbian medieval monastery of Hopovo. The eye of the observer  constructs the work in the same way as the work itself is a priori constructed – proceeding from chaos to order, it searches for the essence, focusing on one or more segments. Layered coats of colors do not merge nor interact directly, but suggest the existence of a third dimension where the multiplication of microsystems can reappear and disappear into infinity.

In the posterior aria visitors will be able to unveil the layers of the computer-generated world and dive into the large circular projection characterized by a depth of the structure thus conceived to be able to immerse yourself in it: a kaleidoscopic animation that creates the perception of movement through images, in this case those of Serbian medieval ornamental motifs, superimposed on limitless structures e proposed to the viewer in rapid temporal succession, created by the visual artist Marko Todorović. Together with the augmented reality application that puts into motion the painted surfaces of the central monolith, acts as the symbolic, elusive spirit of the exhibition.

The upper side walls of the Serbian Pavilion are covered with ceramics – around 300 pieces created by the artist Aleksandar Vac, who has always been interested in remodeling of the earth and of matter, to be understood in their meaning purer and in their multi-layered forms, both to the so-called “terra sigata” and related techniques and irrefutable virtuosity.

Original music composed by Dorian Jovanović accompanies the setting, bringing a particular dynamic that combines irregular rhythm and ambient sound with the use of electronic instruments and acoustic processing.

(…) The symbols allow us to go beyond the known or seen by linking concepts and experiences; they may carry multiple distinct meanings and expressions. These expressions do not have to be intentionally religious by themselves, but indirectly they still belong to human religion, since they are the outcome of the awareness of the infinite and the unknown.

Infinity of Structure resides between two worlds, drawing its elements from both of them. At these unstable borders, a connection is formed between the old and the new culture, urban and traditional aesthetics, rational and irrational, instinctive and intellectual. Repeated medieval motifs hidden in the lively rhythm of free structures, overlap today and yesterday: what is suppressed comes back, and

what is invisible finds its way through.

By combining the known with the unknown, a group interaction between artists using different media, materializes a kind of synesthesia. A monumental compositions of boundless structures, enriched by music with its unique rhythm gives the impression of a synthesis between the local and the universal, where the local is present through the lens of Balkan traditions, while the universal evokes a feeling of

expansion and contraction, like the innate power of the cosmos. Infinity of Structure with its endless repetitions  illustrates a playful  game of contrasts. Each of them is an original print – no matter how many times it is produced or reproduced, each one is simultaneously the same and different, much like cells dividing. Each division gives rise to something new and yet identical – with each repetition, the structures permeate to infinity (…)

(…) Infinity of Structure sets out to trace the crossroads of a strongly felt journey into the kingdom of the mysterious symbols of the extraordinary Serbian frescoes typical of the medieval age in relation to the magnificent and obscure question of the unknown and of all that is considered beyond above human experience.

The complex and fascinating cosmological „structure“ of Infinity of Structure devoted to worship of the dreamlike, of the symbology, of the rare and of the lyric, full of intellectual stratifications, cultural and metaphysical, thus becomes a unique sensory experience of its kind, wherever past, present and future coexist in a cohesive stage of pleasant harmony and in which the question about infinity finds a whispered answer in the very intertwining of being, in its more hidden meanders and in its manifest trajectories, in the smallest material element in its vastness of expanded light. (…)

Implementer and Organizer: Belgrade Museum of Applied Arts in the name of the Ministry of Culture and Information of the Republic of Serbia

23rd Triennale Milano International Exhibition is open to the public from July 15th until December 11th, 2022 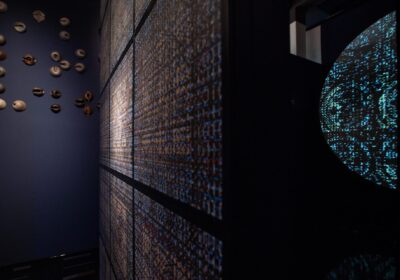 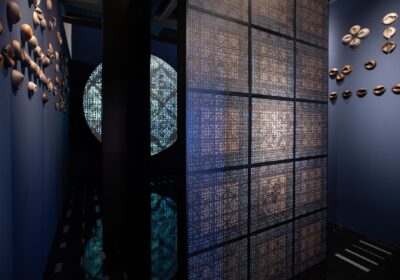 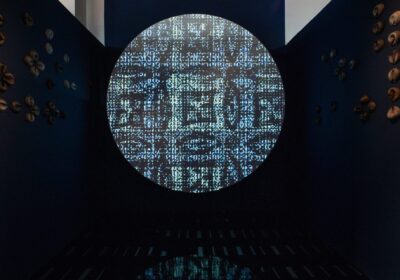 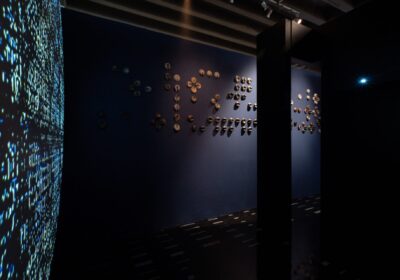 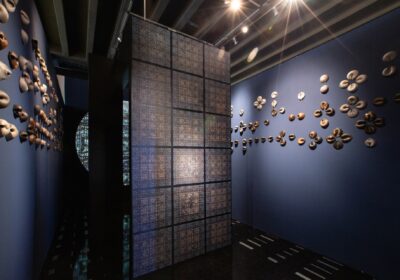