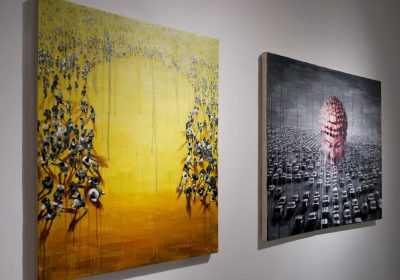 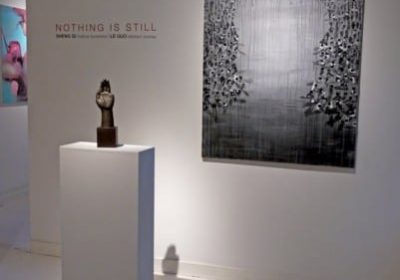 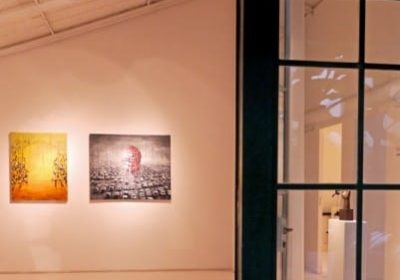 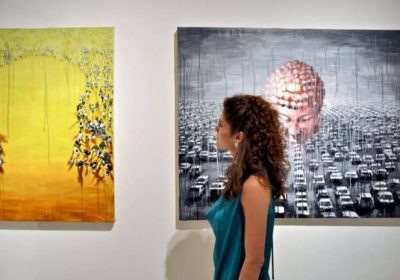 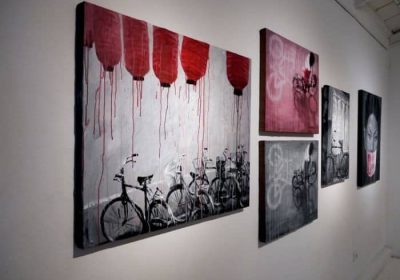 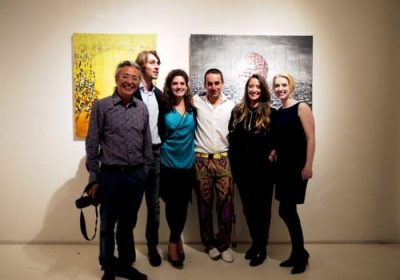 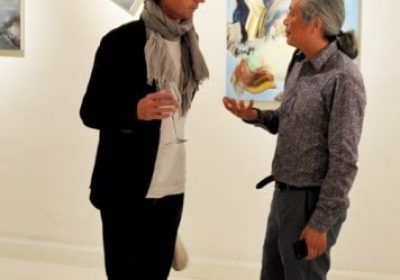 Aria art gallery presents “Nothing is Still” and art exhibition that turns its sight to the East through the works of SHENG QI and LE GUO. This exhibition presents the viewer different ways of approaching art, triggered by diverse modes of expressing one’s own intentions. Whilst Sheng Qi explores Chinese social issues, creating works rich in political symbolism, Le Guo delves into intense visions of colour, investigating the concepts of transformation and suspension within visual space. This event is a collaboration between ARIA and Hua Gallery, London where in april 2014 will take place Zhuang Hong Yi solo show (Aria art gallery, June 2012) curated by Antonio Budetta e Federica Cirri.

Sheng Qi, one of the pioneers of contemporary Chinese art, develops his career in response to the political and economical situation of China. Starting as a performance artist, giving rise to Concept 21 in 1986[1], Sheng Qi has always given the human body a crucial role in his art. In fact, in 1989, as a rebellious gesture to express his indignation for the Tiananmen Incident, Sheng Qi cut off his little finger and buried it in a flowerpot. It was a strong and violent act caused by the brutal context of the period. Not only did his later art inspired by this act serve as a spark for his later career, but saw his mutilated hand become a symbol bearing the drama of a whole nation. Today the poignancy of this work has rendered it one of the icons of contemporary Chinese art.

As Sheng Qi’s focus is on history, his paintings portray political and religious figures as well as Chinese symbols and slices of everyday life. A recurrent image is that of Chairman Mao (1893-1976), the founder of the People’s Republic of China (1949), who, for decades, kept China under political oppression and launched the so-called Cultural Revolution (1966-1976). His renowned figure is often depicted surrounded by a vast crowd of tiny people. The shape of the Great Helmsman is huge and prominent and stands in stark contrast to the small dimensions of those who are around him. The innumerable people allude to the enormity of the Chinese nation while the large figure of Mao symbolizes China’s single-party system. The small stature of these human figures also recalls traditional Chinese landscape painting in which human beings were placed amongst the vastness of nature, occupying the same role as that of tree, rocks, and lakes. In some works little bodies generate Mao’s silhouette, which appears as a sort of ghost floating in an evanescent atmosphere. Playing with the notions of emptiness and fullness Sheng Qi’s symbolic work suggests that although physically absent, the Chinese ex-leader seems to still be spiritually present.

Sheng Qi enjoys playing with contrasts in terms of both dimensions and colours and through a precise and expert brushstroke he captures multiple facets of Chinese history. An interesting detail to note about his art is the choice of method used: acrylic on canvas with a dripping technique. As all of his works are intimately linked to history, the artist has decided to use this technique to create an effect that evokes the passage of time; drops are never still, they change and transform the subjects, suggesting their presence within the wide realm of history.

Differently, Le Guo’s paintings present intense visions of colour, organic forms and undefined shapes. Bearing influences by both Western Expressionism and Surrealism, as well as by Chinese philosophies and classical art, his work is generated by a continuous interaction between physical and emotional, conscious and unconscious, internal and external.

Interested in investigating the variability of space and the endless possibilities it provides, Le Guo explores the painting’s surface and delves into its multiple layers. His work is the result of a natural process in which the artist is part of the creation but the creation is also spontaneously generating itself out of the artist’s intentions.

Le Guo’s art does not aim to fix a precise concept, nor does it intend to provide the viewer with a final image. On the contrary his works offer a multitude of visions that seem to continuously originate new forms. The artist’s way of painting is dynamic and varied. In a both instinctive and meditated gestural body movement Le Guo imbues his canvas with layers of colours. Sometimes he uses brush, sometimes parts of his own body. Other times it is only through subtle movements of the material’s surface that pigments spread all over the space, thus giving rise to the artwork. In any case it is an internal rhythm, reminiscent of either calligraphy or Tai Ji Quan, which leads his creation.

Conveying a sense of performance, the artist’s dynamic movements match with the fluidity of colours, ink and water. Nothing is still. Everything shifts. Various elements appear in the shape of a fluctuating vision; they are suspended and floating within space.

Le Guo’s art exudes a sense of inner liveliness, defined in Chinese as qiyun shengdong. In fact, his works seem to be continuously pulsing, leading the viewer on an abstract journey within their all-embracing depth.