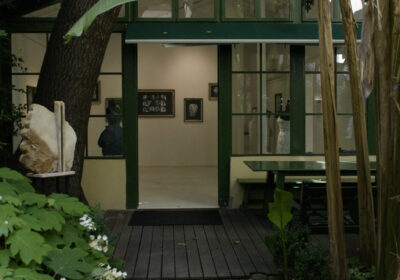 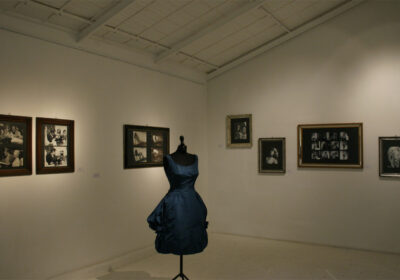 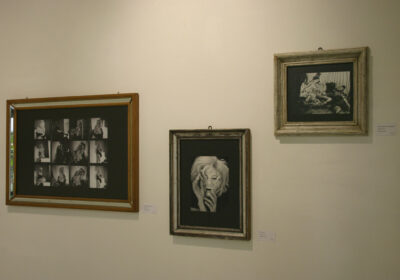 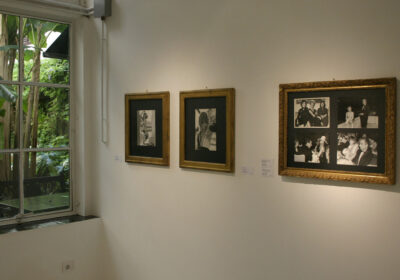 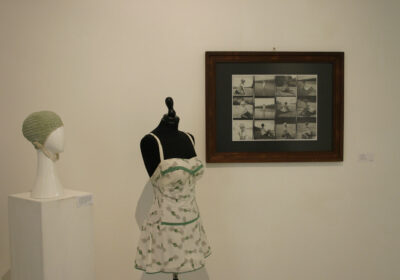 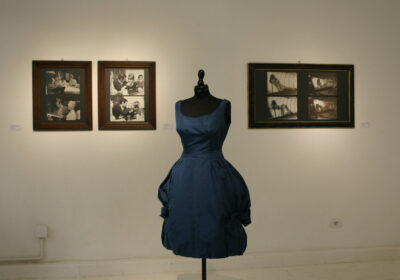 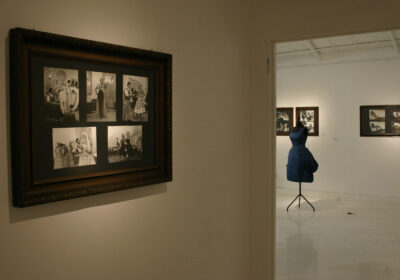 Wednesday, June 16th at 18:00 at Air Art Gallery opens the exhibition “Glamour Icons and Fashion “by Elizabeth Bruscolini and Gaia Casagrande. The event, organized in occasion of Pitti Uomo by In Media Tuscany, is a dialogue between photography and dresses.
Vintage photos of great photographers, describing a period and its atmosphere and clothes from the famous tailoring AnnaMode Costumes of Rome, which are the essence of the glamorous and elegance, history and present of the film costume.

The photographers were the best interpreters of the period and one in particular has represented so unmistakable those years between the beginning of the 50s and the 70s, capturing the Italian and international stars during the filming of movies or in their daily life off the set. Focused, relaxed, fascinating shots by Angelo Frontoni recreate the charming and intimate atmosphere of a set
film. A special photographic section will be dedicated to Emilio Schuberth, described by critics as “the tailor of the Dolce Vita,” the first true star of the Italian haute couture. During his career he has dressed stars such as Rita Hayworth, Gina Lollobrigida, Martine Carol, Ingrid Bergman, Sophia Loren, Monica Vitti and Stefania Sandrelli.

The exhibition is completed with the exposure of three costumes, which are contemporary of the photos, from the archives of tailoring AnnaMode Costumes, made for some of the most important
film sets, to name one of the latest productions “Robin Hood” by Ridley Scott.

“Dive Glamour and Fashion,” opens a series of events dedicated to the world of cinema that will continue throughout the entire summer. The exhibition explores the rise of movie stardom through the creation of characters in the film sphere. In this context the European School of Economics offers a course for costumes in collaboration with an In Media Tuscany. The course, starting in September at the headquarters in Florence, aims to highlight synergies and areas of interest across several parallel aesthetic research, often overlooked by critics.