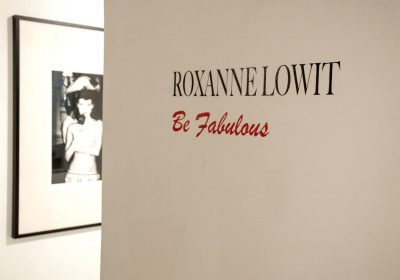 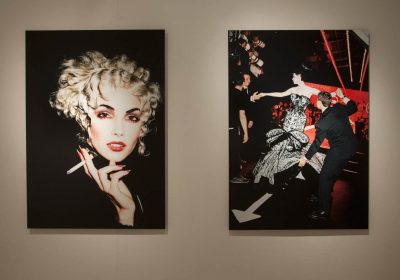 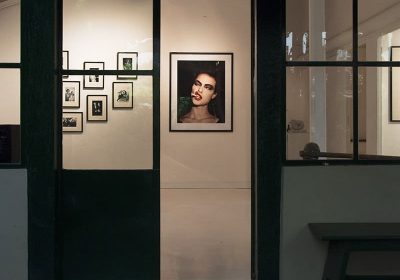 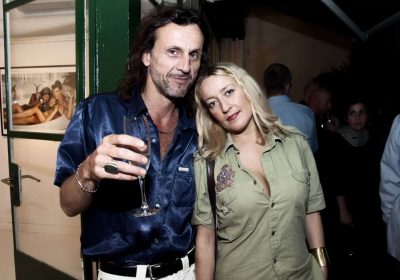 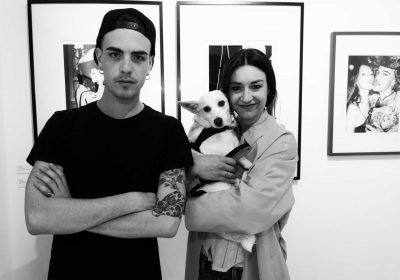 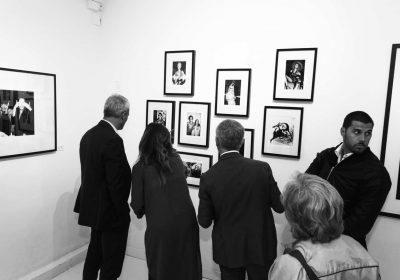 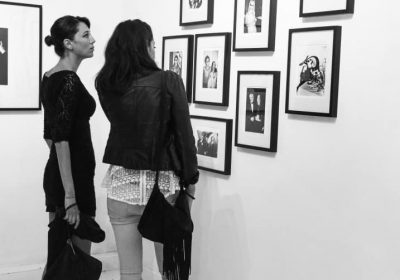 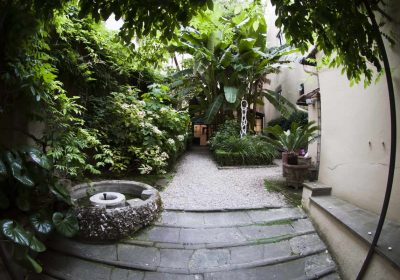 On June 16, 2014 at Pitti Immagine FHOF, Aria art gallery in collaboration with Steven Kasher Gallery of NY honored to welcome its artists at Roxanne Lowit with the Be Fabulous exhibition. A mini-retrospective displaying 40 photographs of vintage, modern and full-color works, documenting the birth of the celebrity phenomenon for the past forty years.

Roxanne Lowit, the prestigious photographer of that strange world inhabited by beautiful, rich and famous people. No matter how late it is, or if you’re jumping from party to party, Roxanne Lowitt will be there, ready to find the perfect moment, retrieve it and keep it forever. Lowit is the legendary photographer who has been present at the best festivals and fashion shows in the last 30 years. His works document the celebrity phenomenon since the 1970s, from mythical places such as Studio 54 in New York and Le Palace in Paris to today’s most popular clubs. From Saint Laurent to Iggy Pop, from Kate Moss to Salvador Dali, her shoots are one to one witness to a world where getting out and going out in the evening was a lifestyle. In the ’70s and’ 80s, Lowit was also one of the first fashion photographers to gain access to behind the scenes of the parades, where thanks to her candid realism she managed to elevate the concept of photographic snapshots high level.

Observing the selection of shots in the show you will feel like you have been invited to the party as well. With an archive of over 200,000 negative and color slides taken during hundreds of fashion events from Paris, New York, Milan and London, Lowit has become the “fabulous” era reporter, thanks to the great passion for those she loves to define “people with magic”.

Karl Lagerfeld defines Lowit as “a fashion historian … witness to the marriage between fame and vanity.” Now immersed in the Parisian jet set Paris, now standing up to dawn in New York, Lowit always manages to reveal the magic and madness that resides under all that glamor and glamor. In her book “People: Life After Dark”, Lowit writes that she has developed a non-judgmental empathy. Lagerfeld comments that she “overexposes her subjects, remaining undervalued”; defines it as “a visual confidant to which everything is revealed”. Lowit never demands a pose and as a result his subjects roar, flirt, wink, and reveal. The camera thus becomes a source of pleasure for both Lowit and its subjects. Among the many characters portrayed by Lowit are Irving Penn, Richard Avedon and Helmut Newton; top models Linda Evangelista, Christy Turlington and Naomi Campbell; designers John Galliano, Karl Lagerfeld and Yves Saint Laurent; the trendsetter Anna Wintour, Diana Vreeland, Kate Moss, and Andre Leon Talley, and many, many more.

Roxanne Lowit photographed for magazines such as Vogue (Italian, American, French and German), Harper Bazaar, Elle, Vanity Fair, Tatler, GQ, W, The New York Times and many others. He has made numerous book publications including “Moments” (Vendome Press, 1993), “People: Life After Dark” (Assouline, 2001), and “Roxanne Lowit: Backstage Dior” (teNeues, 2009). Her always-in advertising campaigns boast collaborations with brands such as Acura, Armani, Coca-Cola, DeBeers, Dior, Land Rover, Moet & Chandon, and Vivienne Westwood. The works of Roxanne Lowit have been exhibited in major museums around the world including The Metropolitan Museum of Art, the Whitney Museum of American Art, the Victoria & Albert Museum, the Warhol Museum and the Museum of Modern Art in Moscow. Her photographs are part of the permanent collection of the prestigious Fashion Museum in Kobe, Japan. She also has personal exhibitions in New York, Paris, Berlin, Amsterdam and London, as well as collective exhibitions at Gagosian Gallery, Colette, and Art Basel Miami.

With the patronage of the City of Florence, and the support of Pitti Immagine, Fiol Prosecco doc and Holy drink.