Anatomy of a wolf 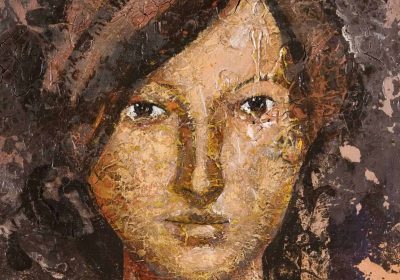 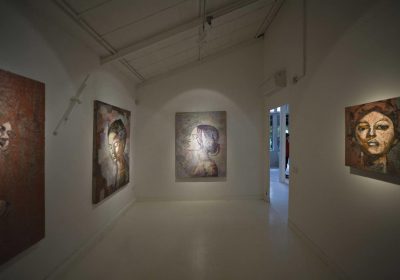 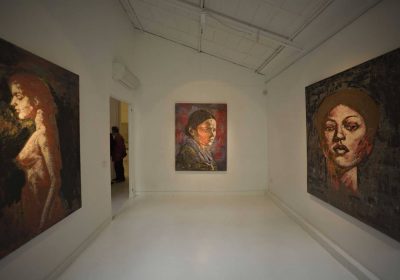 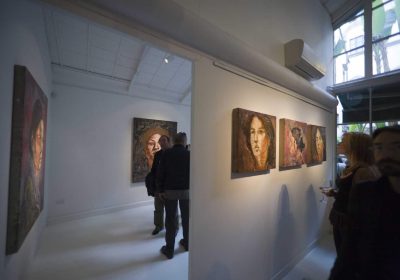 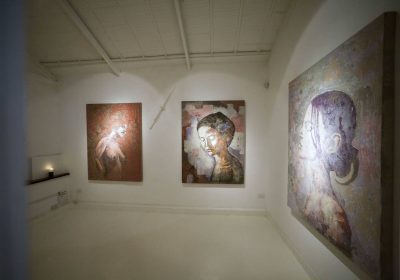 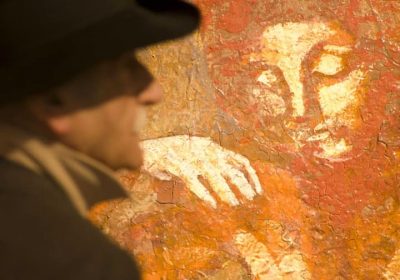 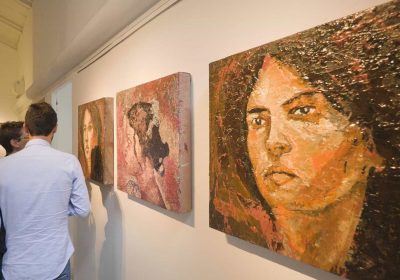 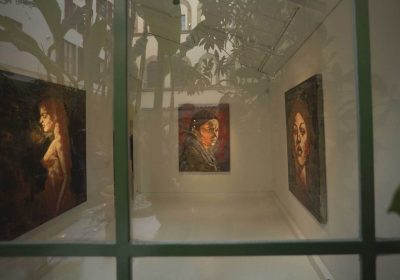 Epiphany is a girl, Epiphany is many girls, Epiphany is “the Revelation” through the act of painting. “So, they are women. Or better still, they are girls. Berber paints with artificial light, and for this purpose he follows the interior light. Ever since we were little kids, we used to close our eyes tight and then reopen them all of a sudden. There were spots imprinted through the bubbles of light. Even Balzac stated it: “the line doesn’t exist in painting, only light on bodies does.” This way, Berber magnifies the woman: it’s her – the origin of the world, of life, the ecstasy, and the original sin. Like Eve, just the way she appears to Adam: is an epiphany of senses. These girls-maidens emerge from the interior obscurities of the artist, from the deep emotional abysses that guides him to inspiration. These half busts and faces of girls-maidens emerge powerful, concentrated, distant, restless…” Giambaccio 2011

The portrait in painting brings a semantic, psychological, and introspective depth with itself; a painter’s hand is able to interpret and to penetrate the meanderings of the human mind. The posing models lose for a second their predetermined shape, in order to indulge in that moment of distraction that brings out the truest side of their personalities. Tarik Berber awaits patiently for the instant of that outbreak, transferring it straight into the canvas. The portrait attempts to abandon itself to eroticism, capturing, and projecting a sensuality that the female subjects easily inspire. This is when the native instincts emerge, making their way through night scenes that bring up savage anatomies. It is in the sight, however, that everything gets more complicated while getting solved, getting even more emphasized by the enigmatic and compelling strokes. It is in the year 2007, when Tarik Berber starts to reproduce on canvas a part of his imaginary eroticism, firstly through “Clitodee,” a series of female portraits for which he uses oil and a combination of techniques. Later on in (2009), the painter concentrates on “Tettine” and “Magnificent Eroticism” presented in the cultural center Ex-Marmi in Pietrasanta during a double personal exhibition together with the sculptor Lorenzo Vignoli, and afterwards, starting from December to February 2011, at MACI, the Museum of Contemporary Arts of Isernia, curated by Luca Beatrice. Tarik Berber’s The trip among feminine sensuality and sexuality of Tarik Berber reaches now a new success in 2011 through a series of canvases unified under the title “Anatomy of a Wolf or EPIPHANY (Fast gears of erotic fantasies)” presented for the first time in occasion of this exhibition hosted and curated by ARIA art gallery.