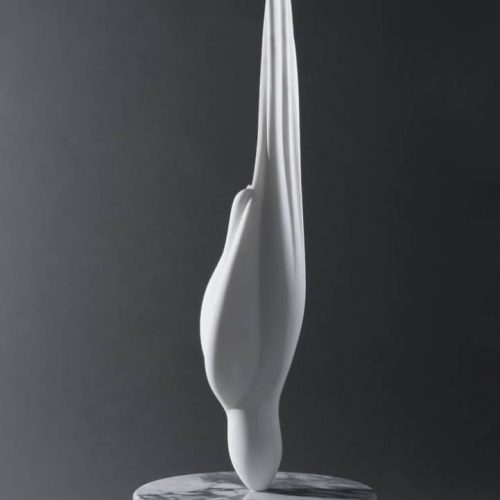 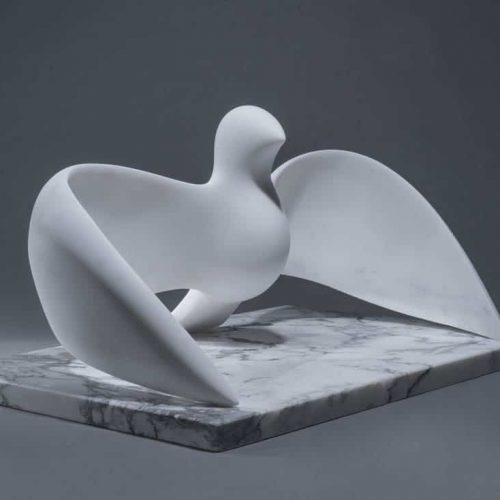 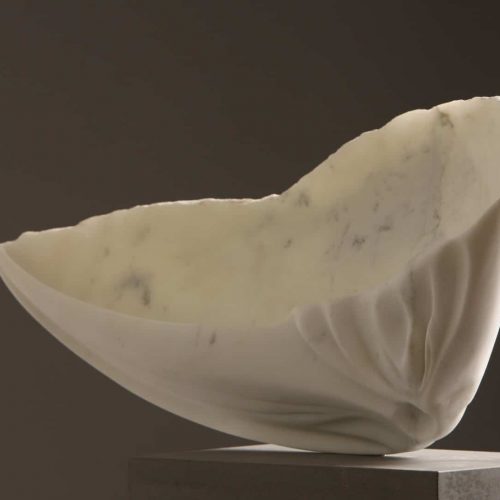 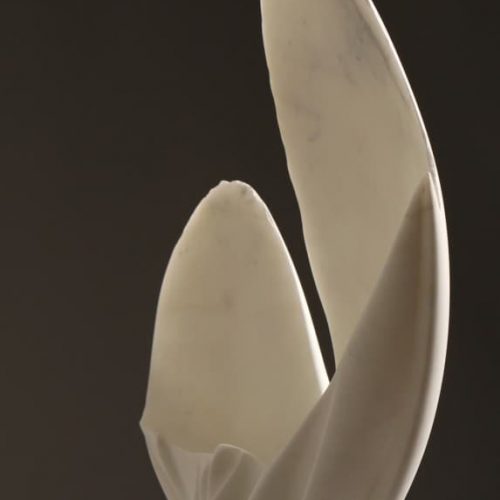 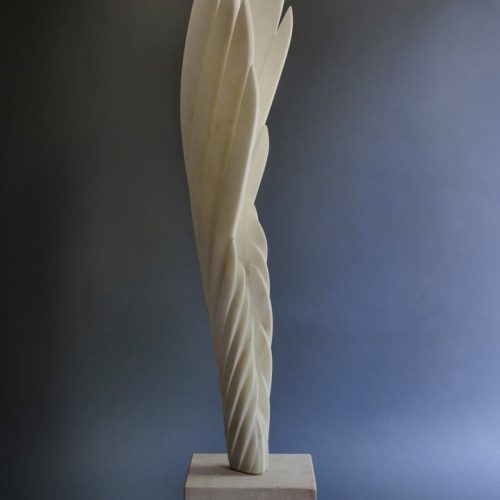 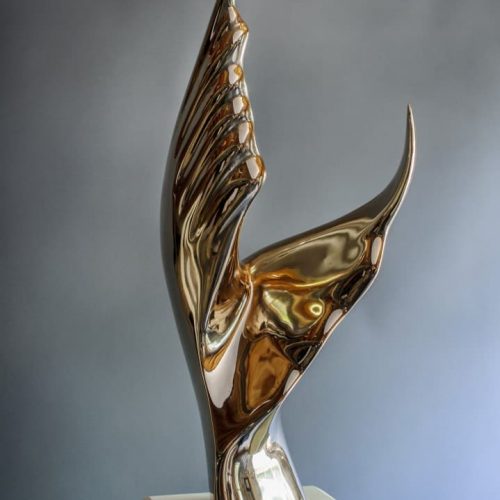 In 1992 she journeyed to Italy for the first time; awarded several scholarships from the University of Georgia as well as the town of Cortona Italy. She arrived as a painter but left a sculptor. It was during this program that she was given the opportunity to carve stone for the first time. Menduni is a fourth-generation stone mason but due to her family’s traditional views she was not given an opportunity to work with stone until this trip. She became entranced by the stone. Experiencing several masterpieces live during this time would serve to inspire her work. Pieces such as Bernini’s “Ecstasy of Saint Theresa,” Michelangelo’s “Slaves”, Brancusi’s worship and a retrospective of France Bacons’ work deeply impacted her. Carving became an engulfing passion and soon began to compete with the time that she was meant to be painting.

After returning to the states, she would graduate from one of the United States top design schools, D.A.A.P. at the University of Cincinnati. After her graduation she went on to teach, exhibit and to continue to search out opportunities to learn more about stone carving. She interned with Alfred TiBor and attended a carving symposium in Marble Marble Colorado. After exhausting opportunities in the States, thanks to the recommendation of a friend she made her way back to Italy to work in the studio of Cynthia Sah and Nicolas Bertoux. Later she would find her way to the studios of Pietrasanta Italy. Home to some of the worlds most accomplished stone carvers.

It was at the beginning at this period that she was diagnosed and hospitalized for a chronic disease. This would become both a source of deep inspiration and a difficult challenge in her work due to its’ intense physicality. It was after being hospitalized herself that she developed a passion for bringing hope and beauty to the sick through her work. Transformation and the spirit moving with strength often through broken vessels would become reoccurring themes in her work. Her pieces radiate light and hope. She developed her carving technique to release the stones light. Preferring statuary marble for its strength and translucency. The element of spirit is strongly felt in her work. In the light that passes through the work or in a redeemed broken vessel or sometimes in the negative space that passes between two forms. Themes of hope, victory and transformation are felt. Menduni prefers to finish her pieces by hand, insisting that the forms sensuality is found in the final centimeters. This often adds hundreds of hours to the piece’s completion but the effect gives a subtle beauty and allure. Each piece is completed when the work is harmonious and she feels that a creation that was once fiercely apart of her is now separate and complete.

Menduni continued working in the studios of Pietrasanta for more than six years before moving back to the states. Working in and learning from the studios of Marco Giannoni, Nicola Staggetti and Studio Antognazzi. During this time, she continued to show in both Italy and the United States. Menduni was also commissioned to create several monumental sculptures. In 2007 she was awarded an eleven-foot commission by Riverside Hospital, Columbus Ohio and then in 2012 she created a ten-foot monumental piece for Mount Carmel hospital, Columbus Ohio

Today Menduni lives in Syracuse New York and works between her studios in Syracuse NY and Pietrasanta Italy. Her pieces can be seen throughout the United States, Italy and Great Britain.